This project is centered on the Erasmus+ program’s horizontal priority of “Inclusion and diversity in all fields of education, training, youth and sport” and aims to reduce the social exclusion of students with developmental disorders in the school context.

The main objective of this project is to share experiences and ideas between experienced partners in the educational field so that we can create digital resources aimed at informing and raising awareness about the importance of social inclusion of students with developmental disorders (ADHD, Autism, Cerebral Palsy, Down Syndrome, Dyslexia and other significant problems) at school. These resources are intended to be used by school staff and pre-primary and primary school pupils.

It is intended to:

2. Support teachers, school leaders and other educational areas – because we believe that change in the school context starts with school staff, we want to empower them, giving them information and tools to work better with children with developmental disorders and inform all the school on the subject. 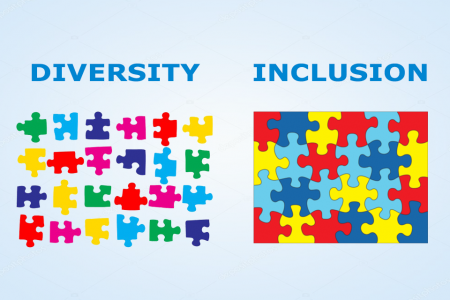 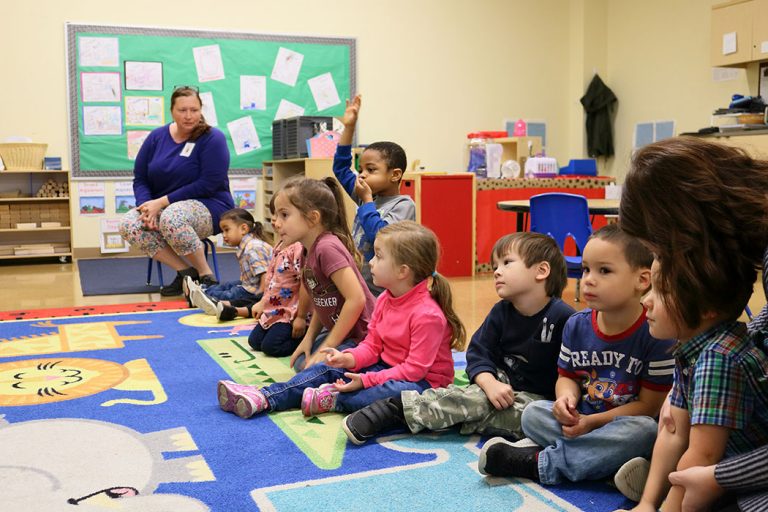 The specific objectives are:

1. To create a “best practices manual” with important points for school staff to consider in their daily work, in order to promote the social inclusion of students with developmental disorders;

2. To create other resources aimed at students (pedagogical-recreational content on various issues and how to deal with colleagues who have them: videos and card games);

3. To create an online training course aimed at educational communities on social inclusion in the school context. 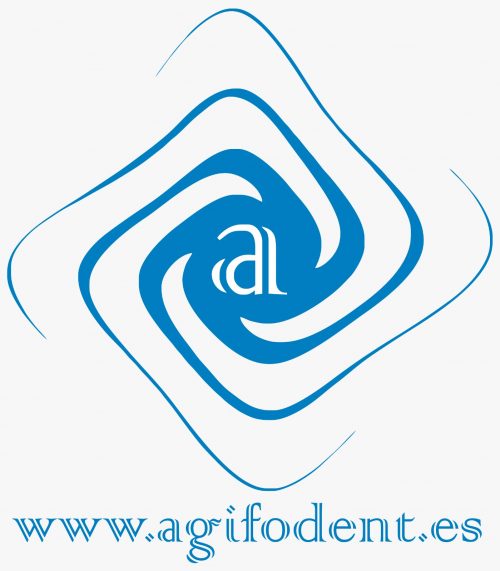 AGIFODENT is a non-profit educational institution, established since 2002 in Cenes de la Vega, a small village near the city of Granada, Andalucia – Spain. Our organization owns a VET school and an adult school, both private. We are an intermediary organization that provides schools for mobility projects, job shadowing and training courses at European level.

The project will last one year and will include the participation of teachers, educators, family members and all those who make up the educational community in general and the associations dedicated to the developmental disorders addressed, in particular.

Inclusive Education must be a reality, for all: https://www.publico.pt/2022/04/14/sociedade/noticia/falta-formacao-desenvolver-educacao-inclusiva-escolas-2002490 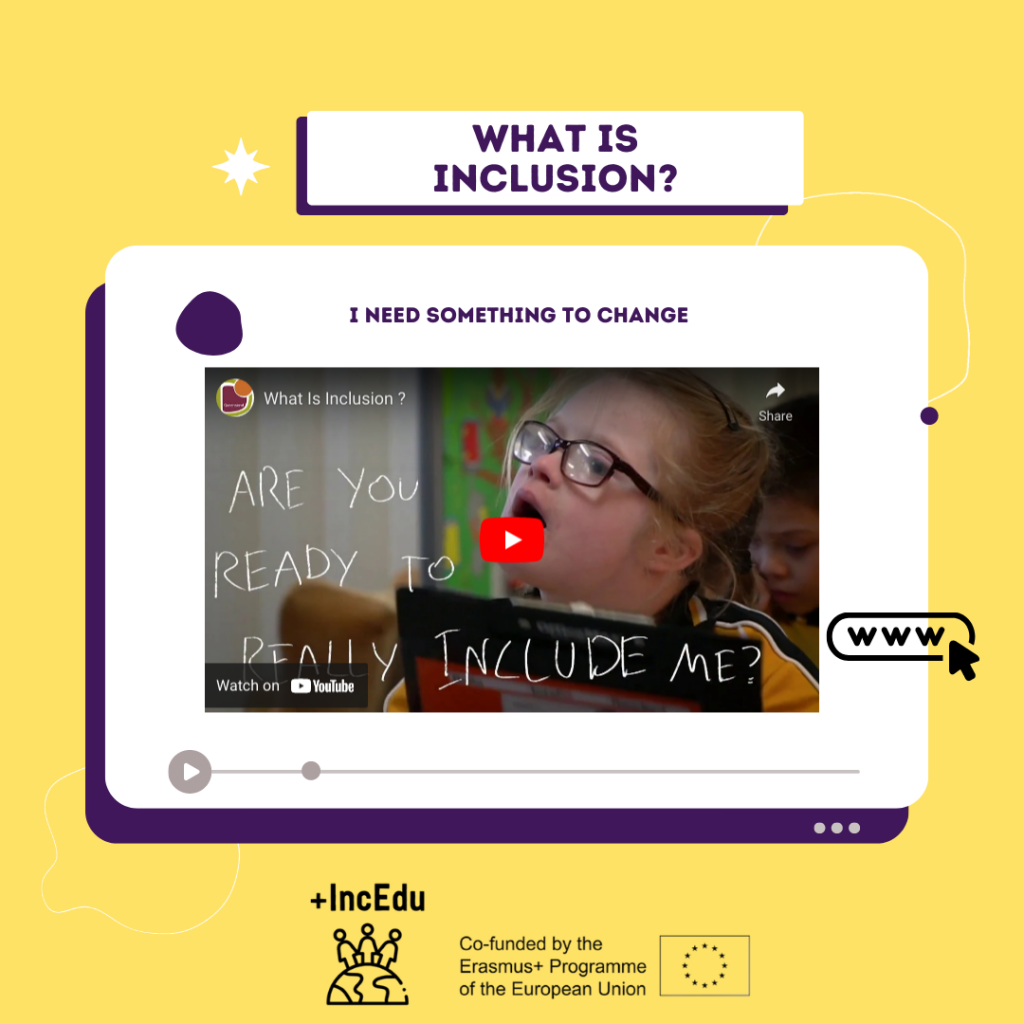 The school reopens for a new school year. We do not say that the school begins, because for us it never ends…

In this new school year EDUPA and @Agifodent focuses on Inclusion in Education.

What do you understand by inclusion?

Should we educate to include or include to educate?

Did you know that school was not created to BE inclusive? The school was created to train everyone, to give everyone the same knowledge.

So why does the school WANT to BE inclusive? And how can it do this?

We share two videos with what we understand to be the most enlightening answers, the first in Portuguese and the second in English. Activate subtitles on youtube, if necessary. 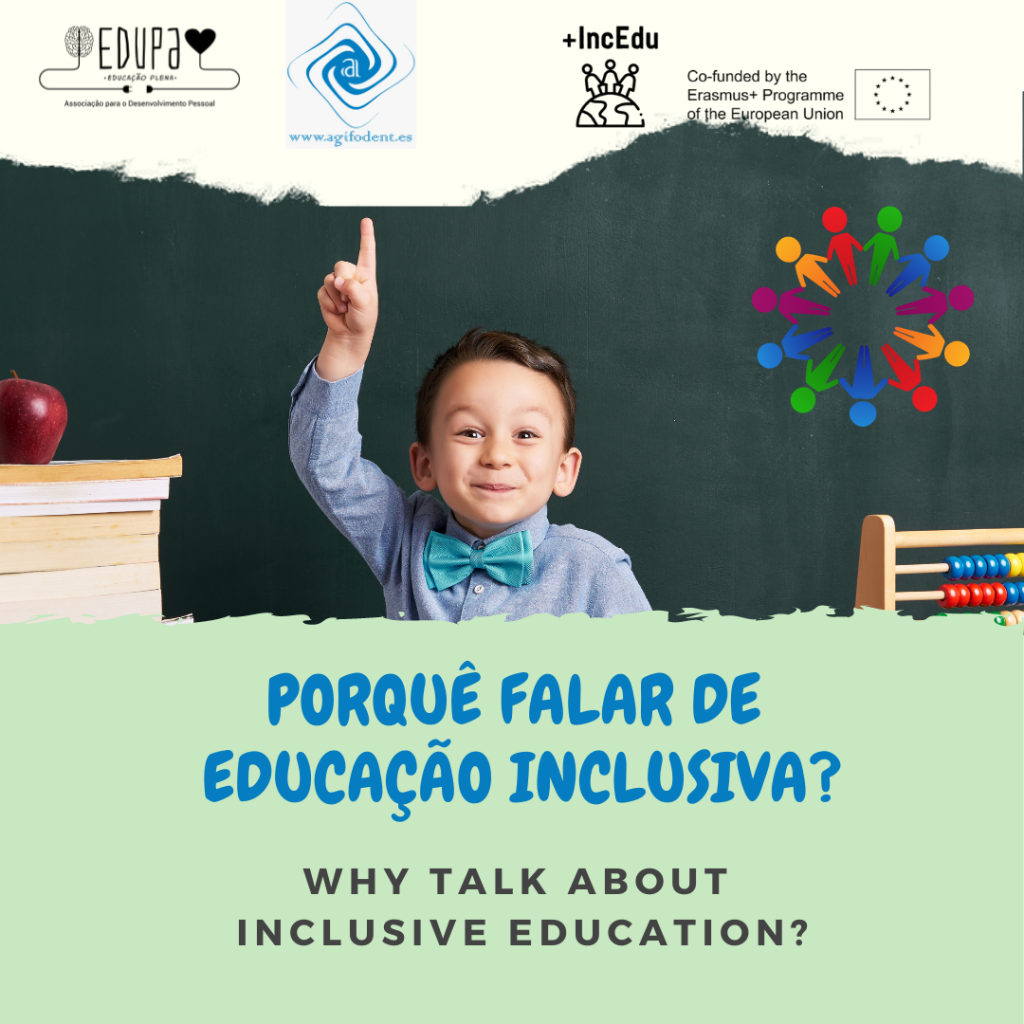 There is no Education without inclusion. This is the starting point for us not to remain indifferent and to act, each one in their own field of action.

+IncEdu Project is centered on the Erasmus+ program’s horizontal priority of “Inclusion and diversity in all fields of education, training, youth and sport” and aims to reduce the social exclusion of students with developmental disorders in the school context.

It is intended to:

Students who suffer from problems of exclusion at school because of their limitations are more prone to learning problems, early school leaving and vulnerability in socio-emotional skills (such as creating healthy social relationships with their peers and teachers)

Because we believe that change in the school context starts with school staff, we want to empower them, giving them information and tools to work better with children with developmental disorders and inform all the school on the subject. 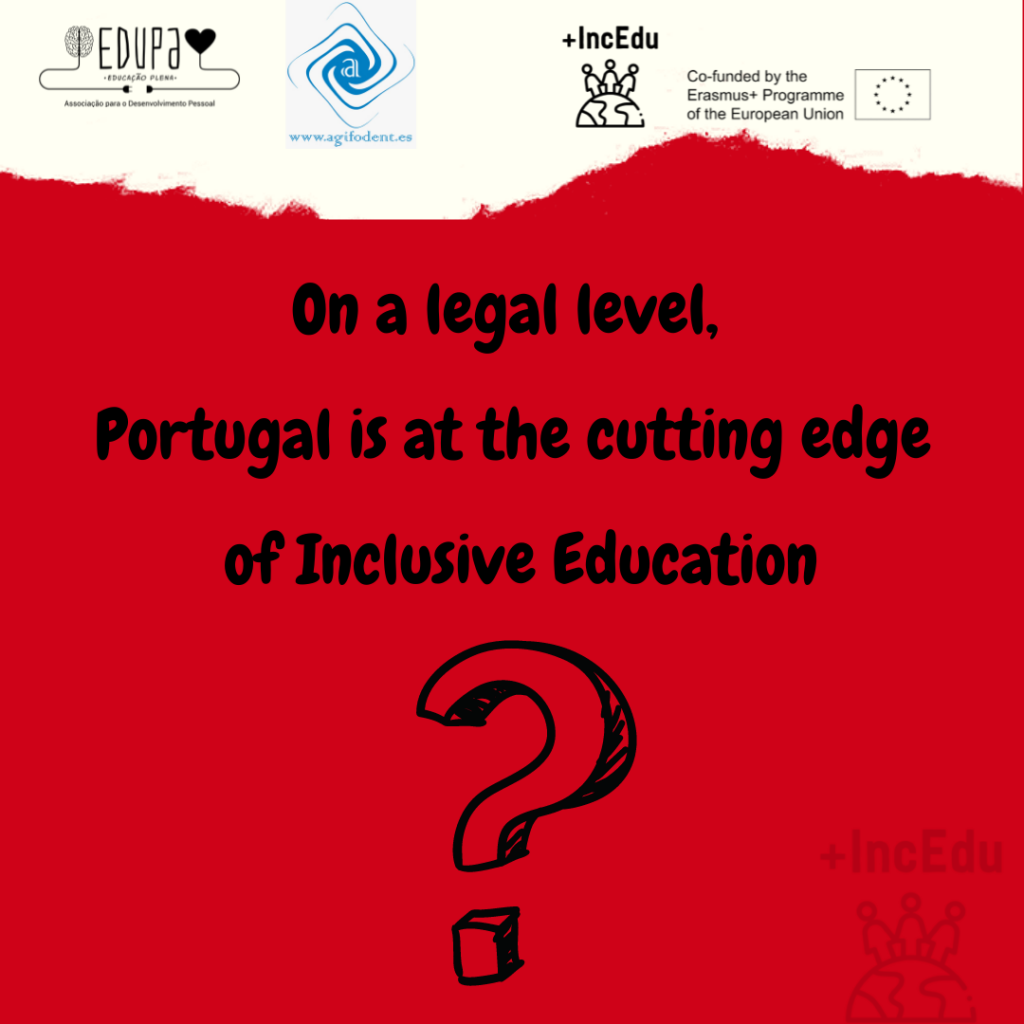 The promotion of the integration of students with SEN in mainstream schools began in the 1970s and intensified in the 1990s.

In Portugal, since 2008 there have been legal regulations defining specialised support for the inclusion of students with Special Educational Needs (SEN) in mainstream schools.

However, as most of the focus of inclusion was on learners with SEN, new efforts to include all diverse learners in mainstream schools followed. This led to the implementation of a new law [Decree-Law no. 54/2018] on Inclusive Education.

Portugal is thus among the countries that have inclusive education laws covering all learners.In reality, there seems to be some resistance to extending the concept of inclusive education, as the system is still oriented to support students with SEN in different ways.

However, special education teachers are now considered to be specialist resources for schools, teachers and students and are thus expected to support all students.

The legal framework may change, but societal awareness needs to accompany this process. Laws in Education open new paths, but it is people who walk new paths. Although European and national guidelines move towards a school for all, the practice has revealed much inequality and even exclusion.

Inclusive Education touches on something fundamental: our values. What are the values of today’s school?

The +IncEdu project aims above all to raise awareness, inform, empower so that we can CHANGE!